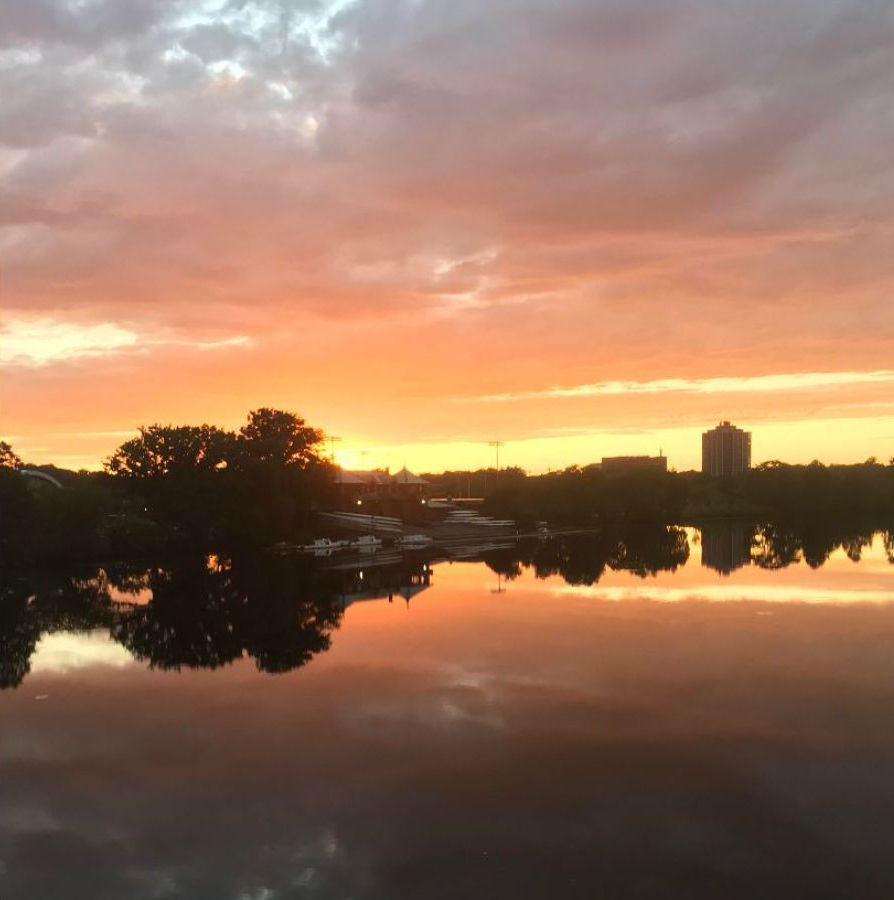 Tragically, we lost a member of our community this week to the mental health crisis. Sina Ball, a student at CRLS, passed away on February 23 and her family confirmed she died by suicide. This is a huge loss for our community during a time that has been so difficult for all of us. I hope that anyone reading who feels alone or depressed reaches out to one of the resources below.

As we pass several milestones related to the pandemic (passing half a million deaths, year anniversary of the first, closing in on one year of isolation and upended worlds) we should all seek that balance of finding inspiration and celebrating achievements while bearing in mind losses and challenges. An inspiration for us all is the first group of female Eagle Scouts in the country. Our own Troop 56 saw Kavita Trevedi attain that rank as a 15 year old – under the guidance of the incredible Michelle Holmes. Kavita is one of almost 1000 girls nationwide to reach Eagle rank. And Troop 56 has been a leader for many years – accepting of LGBTQ families, leaders and scouts and girls for many years before the national organization officially allowed it.  I am proud that Cambridge is home to Kavita, Michelle Holmes and Derrick Jackson and prior leaders Maria and Ed Henley and all Troop 56 family who lead with love, acceptance and perseverance. A picture with Kavita and the women on the Council is below.

I continue to urge you – and all you know to take care of your physical and mental health. As someone who misses my favorite arts performances – dance and folk music – I have decided to do more to support the arts even though I am zoomed out and want to watch live, the online performances can be uplifting. Check out the huge range of offerings, from Passim’s to Boston Ballet, from the Cambridge Arts Council lists to ONCE ballroom to any event you can find. Support the arts, support artists and keep masking up so soon we can enjoy performances in person! 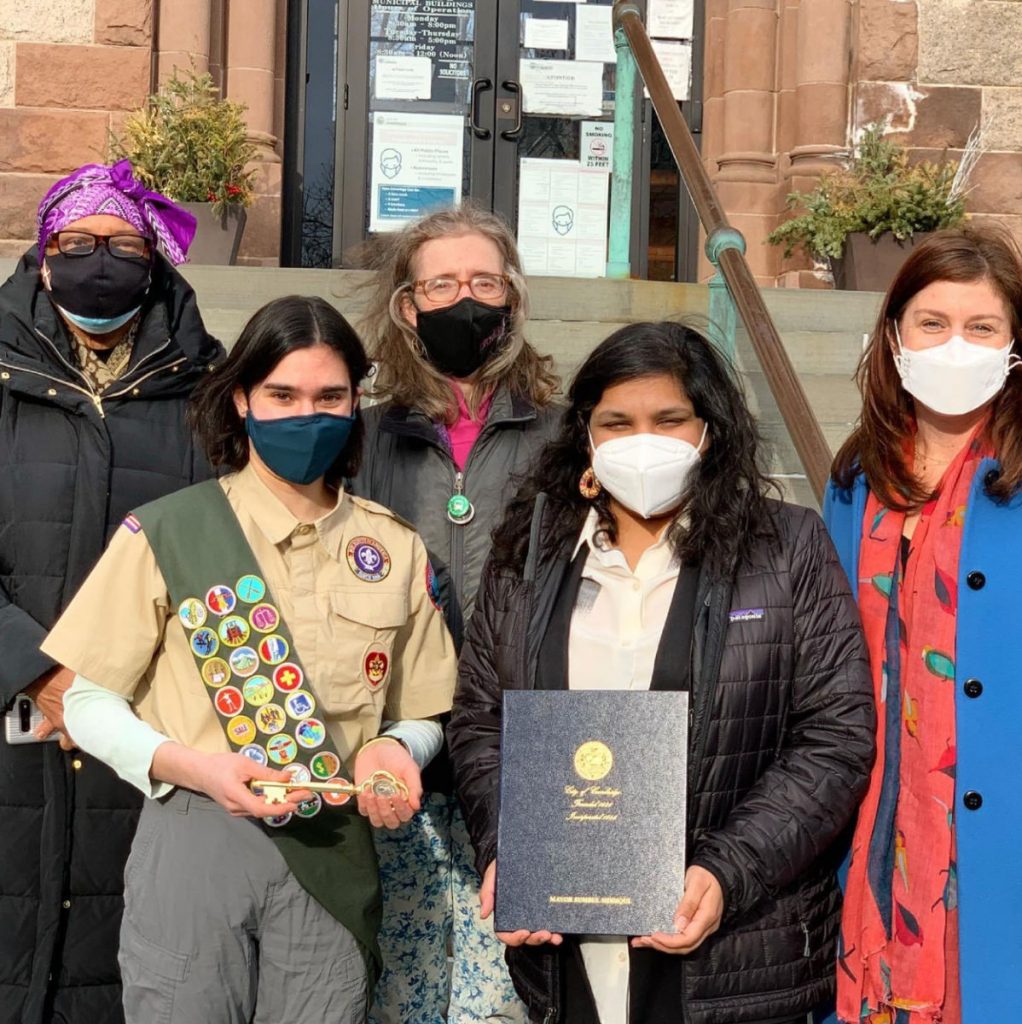 The City Council will meet as usual on Monday, with a few items of interest.

605 Concord – A quick update on an item still pending from last week’s meeting: I raised the question of how multiple extensions were granted on the permit for 605 Concord. The city solicitor answered the questions, but her reply raised additional questions. I know it can be frustrating to have questions not fully answered, for all sides, so I promised to work to ensure that we have a comprehensive reply so this issue can be off our agenda. A key question is whether the extensions make sense. And if they are legal, and cannot be changed, I believe it is important to understand how and why they were granted. And if the process merits change to prevent such dilemmas in the future, we should work to do that.

PO #1 – Lowell Street – I am excited to be introducing this order regarding 25 Lowell Street, a city-owned property that has great potential (pictures below). The Council has made it clear that affordable housing is one of the top priorities for the city to make progress on. Additionally, we (along with past councils) have asked for the city to provide reports of all city-owned lots and their potential for housing, since building on a city-owned lot presents a great opportunity to save on land acquisition costs. This list has not yet been provided, but I knew about this lot and have asked the city manager how we might explore using it for more than parking. I will note that my kids took lessons at the New School of Music, and I’ve been to events at the art gallery in addition to the New School of Music. I love the building and those organizations. And I believe the parking lot would be a great site for a small or medium affordable housing building. This PO calls for the manager to begin an exploratory process with community members, neighbors, and the current occupants of 25 Lowell (Cambridge Arts Association and New School of Music, whose building would need not be altered in any way for housing to be built on the adjacent lot). I am glad that the mayor and both co-chairs of the council’s Housing Committee, Councillors Simmons, and Sobrinho-Wheeler are co-sponsoring the PO.

Given the nature of the space, directly next to transit, ample access to green space, and in West Cambridge (where our affordable housing stock is lower than elsewhere), I see great potential. If this passes, I look forward to a robust community process. And, if you are ever at Mt. Auburn Hospital or near there and want a sweet place to sit, the adjoining park on the same parcel is lovely. I hope no matter what happens with the parking lot we can have an entrance to that park directly from Mt. Auburn Street – since currently, it doesn’t seem as open and public since the only entrance is through the parking lot.

PO #2 – Task Force Transparency – This PO seeks the minutes of two meetings of the newly appointed Future of Public Safety Task Force. I will be interested in the discussion since in general I support transparency. There are a few times when discussions can be sensitive and public participation affects the honesty and openness of communications, so the committee or task force meets privately and makes the minutes publicly available. In this case, we have not yet seen the minutes. There is an additional issue related to the formation of this task force – that the manager has full appointment power for all the committees that do important work in the city. It has seemed unfortunate that a committee such as this one would be decided in private with no input from the Council. It is one of the quirks of Cambridge governance that consolidates the power with the manager, and one I believe the charter reform process should explore.

PO #3 – Budget Reconciliation update – This PO calls for an update on a policy order that was passed last year, which asked for the Manager to redirect funding for open police department positions towards the hiring of a housing case manager, a housing planner, a library social worker, two early childhood educators, and additional leadership positions for Equity and Culture – all positions that were not being filled due to budget restraints. The activism and response we got for this request, which was in June of last year, shortly after the murder of George Floyd, was extraordinary. Never has the City Council received so many emails or seen so many residents sign up to speak at public comment. Because of this outcry, the manager took the unprecedented step of addressing the Council before this PO was discussed. He agreed to hold the open positions in the police department and redirect the $2.5 million in funding towards the positions mentioned above. It has been nine months since that happened, and this PO seeks an update.

Supporting Neighborhood Groups – NLTP Committee hearing on March 4th, at 5pm.
Unlike most, this hearing will be a roundtable format with the goal of the Council listening to representatives from neighborhood groups across the city. It will not be mostly the council or the city talking, but rather a discussion with and between groups regarding how the city can support the work of neighborhood groups. I have reached out to all groups and hope that each one will have representatives attend (we surveyed each group to find a time that would work best for everyone), because I think there is much to learn for the numerous groups in Cambridge. I look forward to the discussion. If you want more information or want to be involved, do not hesitate to reach out. 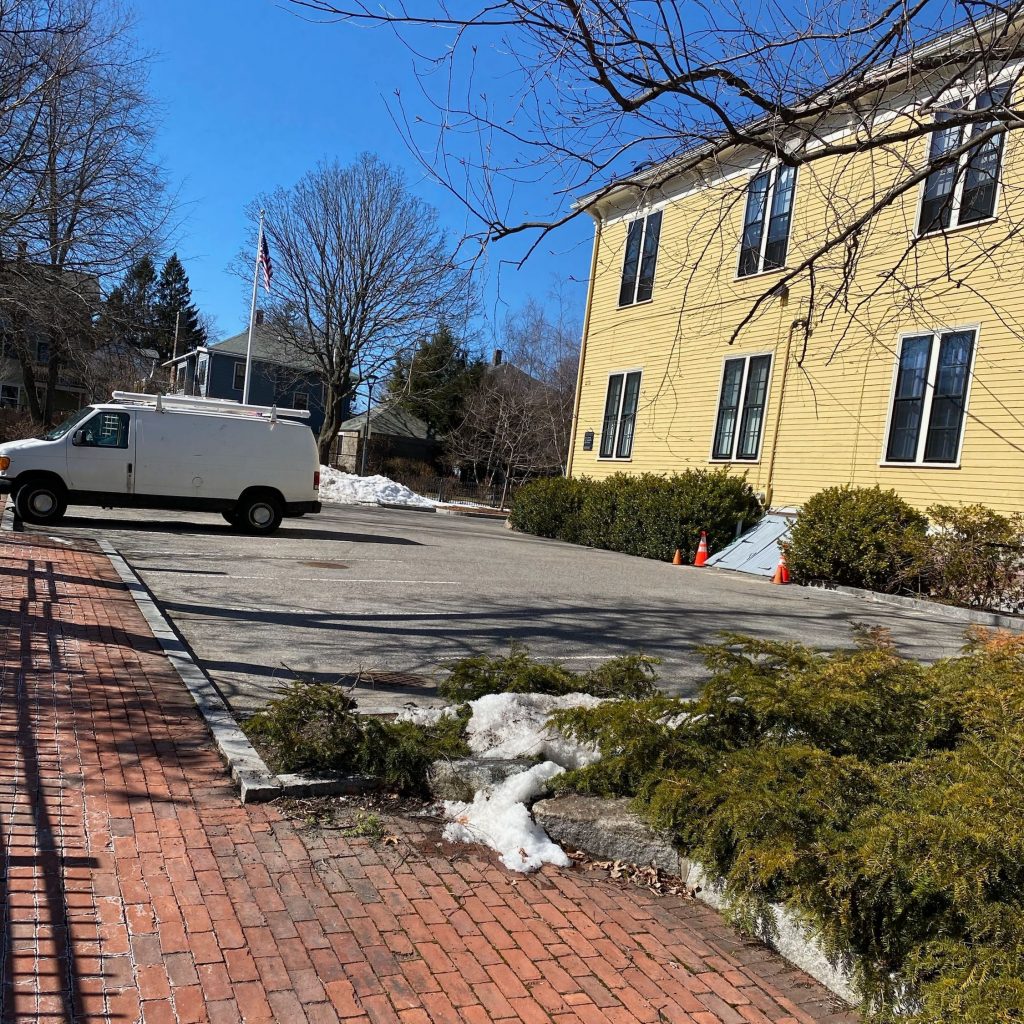 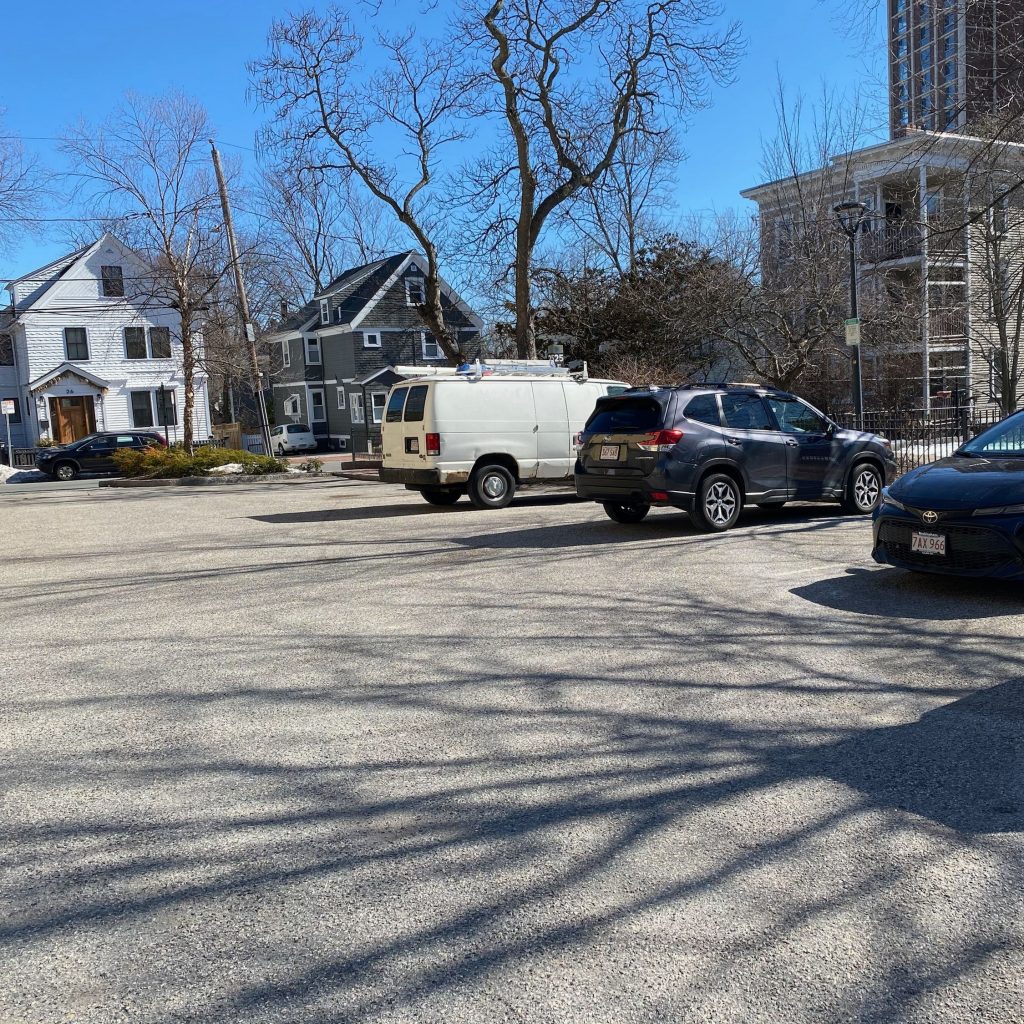 COVID-19 Memorial Day
The Council passed an order last year to build a memorial honoring the lives of Cambridge residents whom we lost to COVID-19. While the city finalizes a permanent location, the Mayor’s office has partnered with local organizers supporting the Floral Heart Project to place floral heart shaped wreaths on City Hall lawn on Monday, March 1st to honor the lives lost to COVID-19. 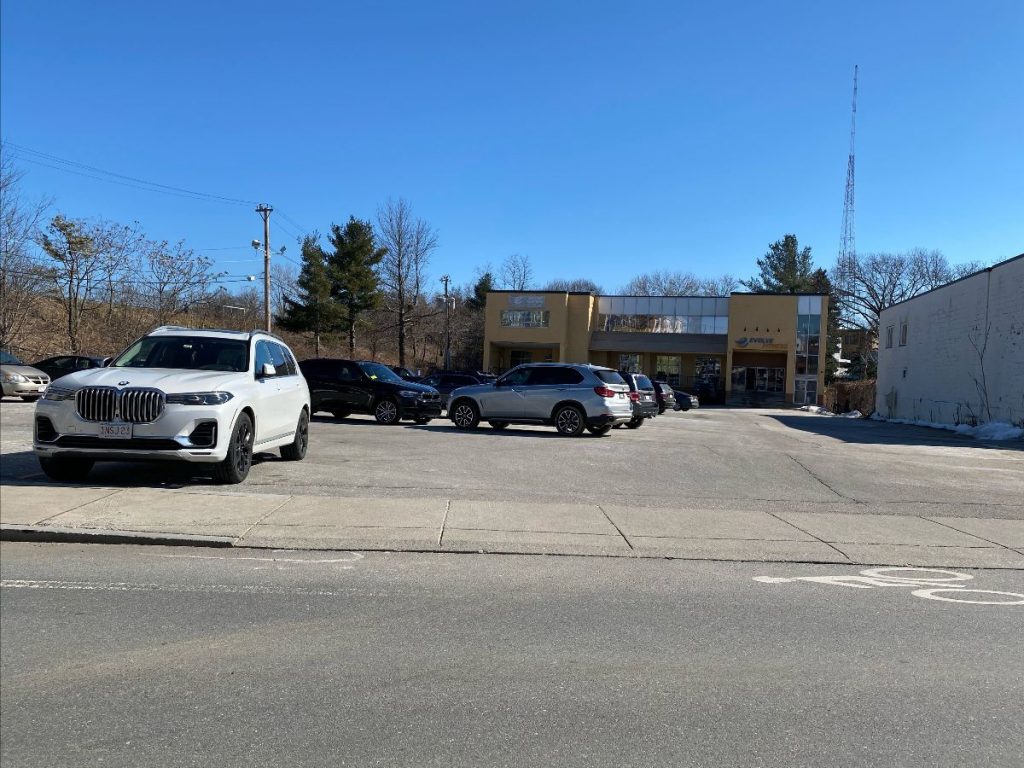 Thanks to efforts led by then Vice Mayor Jan Devereux, this site, where Evolve Gym and its parking lot currently are, is owned by Just A Start – an affordable housing developer.  They have revealed their current proposal – with renderings due to be posted shortly.  I support the project and believe it is exactly what the city needs. It is one of if not the first proposal to use the new zoning allowances as permitted under the Affordable Housing Overlay. I urged JAS to consider whether the entire project could be fossil-fuel free. I also note that their design is in line with the guidelines that Councillor Carlone proposed and I supported to prohibit long monolithic facades. 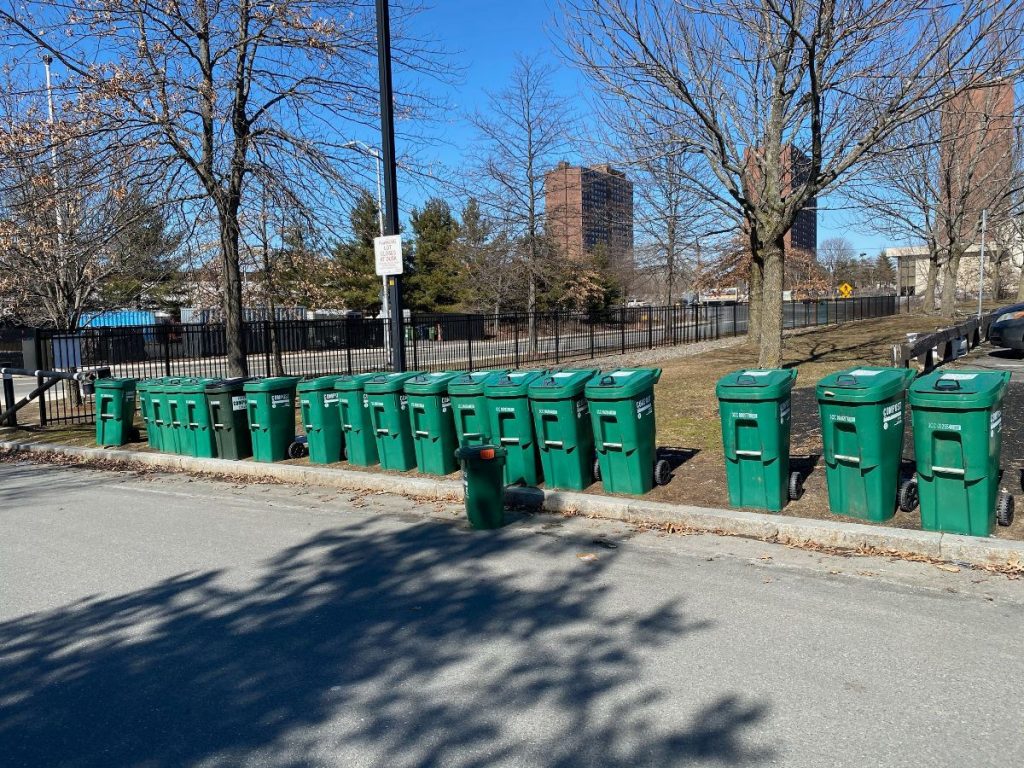