This past week we had several meetings that are moving our agenda forward – from climate accounting to urban planning, the City Council is on the move. We also got word yesterday that the city will be buying a property from Lesley University to add to the affordable housing in the city. I hope the city also has an answer to why they passed on other properties that were incredible opportunities.

For next week, there are several items on the agenda related to the ongoing question of how to build out bike lanes while supporting small businesses and residents. I hope that the reports help move us to a better process and forward progress.

This coming week, we also have meetings related to how the Council can fulfill its responsibility to review and approve or reject appointments to boards and commissions. We will also discuss the charter review commission to be established over the next couple of months .

I also note that the Covid cases continue to rise – and vigilance is always recommended. There is discussion on what that means for our public health response. So far, hospitalizations remain steady and a mask mandate is not being contemplated. To remind people, the Council can give input into the decision on masking or other Covid requirements, but we do not have the authority to make those decisions.

The Council is hoping, with Vice Mayor Mallon’s leadership, to have a remote work policy established soon, so we can be an employer with forward thinking support for our staff. And of course, the biggest news in the city is that the City Manager search process is well underway. We have a number of applicants, which will be reviewed next month by a committee of which I am a member. By June, we hope and expect to have some finalists to be interviewed and a person selected.

Sincerely hoping for a great spring, 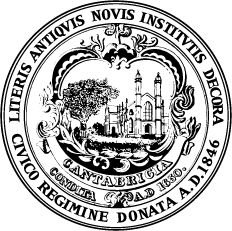 CCWG Report: Last week, the CCWG report was unanimously referred to the Health & Environment committee. The meeting will be scheduled soon, and the public will have the opportunity to weigh in on the recommendations that were put forth.

Ordinance Committee Meeting – Alewife Moratorium:  On April 7th, the Ordinance Committee met to discuss the proposed moratorium on lab construction in the Alewife Quadrangle. There was some confusion regarding the projects that would be affected by the moratorium – 6 of the 12 that were listed by CDD would actually not be affected at all, since they received permits prior to the moratorium being advertised.  (Several received permits over a year ago – so should not have been on the list at all), At the meeting, the proposed substitute language from CDD was accepted and voted to be referred with a positive recommendation. And several questions were forwarded to City staff for clarification and answers, including an amendment I want to make on ensuring that not only new, but expansions of existing labs and offices would be on hold.  I am very glad this important change was forwarded with a favorable recommendation to the full Council.

Ordinance Committee Meeting – Emissions Accounting: On April 6th, the Ordinance Committee convened to discuss the emissions accounting policy order brought forth by Councillors Zondervan, Carlone, and myself. It proposes amending the Zoning Ordinance to insert a section titled “Sustainable Design and Development.” At the end of the meeting, the Committee voted 5 in favor, 3 against, and 2 absent to forward the proposal to the full council with a favorable recommendation. There are still some questions to be resolved, and there was a promise made to work with stakeholders on various questions that came up, before the Council convenes again.

POR 2022 #55 – Anti-Idling Enforcement: The Massachusetts Anti-Idling Law is in place to reduce air pollution by limiting unnecessary idling of vehicles to five minutes. Around Cambridge, on any given day there are many idling vehicles, and residents have written to the City Council asking that the Anti-Idling Law be better enforced. This is why I have introduced a policy order asking the City Manager to consider ways to better enforce the anti-idling law in the City. One such way would be through the implementation of a citizen-reporting program, much like the one that was piloted in New York City. There, complaints against idling trucks increased from only a few to over 12,000 last year, incentivizing drivers to turn their car off instead of idling. I am looking forward to the report back from the City regarding this important issue.

POR 2022 #56 – Boston Calling Noise Level: Boston Calling is coming back this summer, after a few years absence due to Covid! Thousands of people are in attendance for the 50 performances, food vendors, ferris wheel, and other attractions. However, in previous years, residents surrounding the Harvard Athletic Complex, and as far away as Fresh Pond, have noted that the noise level from the concert seemed excessively loud. The venue confirmed that certain performers had deliberately overrode agreed upon sound settings during the festival in 2019. I have asked the City Manager to work with Boston Calling, Harvard, and any other relevant parties to ensure that noise does not exceed the permitted level at the concert, and communicate the strategy to the community.

POR 2022 #61 – Curb Cuts: Councillor Zondervan and Councillor Toner have introduced a policy order requesting that the City Manager work with the appropriate City departments to provide the City Council with an analysis of the impact of current curb cut policies. I am supportive of ensuring that the community gets notice of curb cuts, that the city utilize modern methods of communication about the curb cuts (and other permits).  I am broadly supportive of the council not needing to approve every curb cut as long as the community is in favor, all approvals have been received and there is proof of the outreach and approvals from all stakeholders.  The Council is currently considering amending the curb cut process so that the Council does not have to approve each one. As such, it would be helpful to have a sense of the degree to which curb cuts have contributed to a loss of available residential parking over time.

Trivia:
My aide’s high school prom proposal consisted of a locker full of ping pong balls with “prom?” written on each one falling out of the said locker in the middle of a school day.